As of today this blog has existed more than six weeks, with no posts, and no title. This morning I found both snuggled up together. Please read to the end to find out where I found them.

Two months ago I had an experience that opened my eyes and changed my teaching forever. What was this experience? I attended my first (but not my last!) Google Apps For Education Summit (GAFE). It was hosted by EdTechTeam at Windsor High School on April 9-10, 2016. I am super excited about attending the next Sonoma Summit in October.

Why did the GAFE summit have such an effect on me?

There were two reasons. The first was all of the incredibly awesome information, resources, and connections that I made at the summit. It revitalized my teaching mid year and reenergized me enough that Monday, though I was tired, several people mentioned that I seemed much more upbeat. That high energy boost lasted all the way through the end of the school year.

The second and probably more far reaching reason can be summed up in one word. Twitter.

I have been on Twitter since the beginning of 2008. I followed the same people that many Twitter users follow. My personal friends, actors, celebrities, athletes, a couple of politicians, the President of the United States (@POTUS), etc. My feed was closed and it even updated my Facebook profile so I didn’t have to go to FB if I didn’t want to.

How did Twitter change me at the summit? I noticed that every single presenter had their name and their Twitter handle on their presentation. Not their email address. The GAFE Summit organizers encouraged us to tweet about what we saw and what we learned at the summit using the #GAFEsummit hashtag and to share it with the @edtechteam Twitter account. This is when I discovered Twitter as a Professional Development (PD) model.

END_OF_DOCUMENT_TOKEN_TO_BE_REPLACED 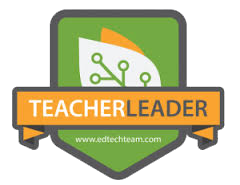